They want to know what kind of mall in Surabaya has a lower price, also want to know the collection of many interesting handicraft shops, also what traditional markets like they see in Thailand? although not many want to real shop, but they already know what kind of destination they find in this travel destination offer.And they were very satisfied with the new experience they had in Surabaya.

Surabaya city tour program to offer heritage sites because Surabaya is one of the oldest cities in Indonesia and is about 700 years old. some old buildings are still being treated and used as offices and some are made as museums.

Thats why a lot of old buildings with European style found mainly in the area around the harbor.To many old european buildings because once the old europeans lived in Surabaya as traders as well as colonial.

They lived in Surabaya for a very long time, so many European style houses were found in this town. 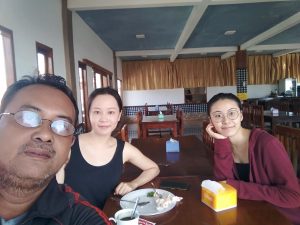